Come Cast A Spell With Me - ROE R. ADAMS III

Computer adventure games are the hottest thing in Japan since sushi. On a recent trip to Japan, I attended the NEC show in Tokyo. It is the equivalent of one of our, alas, defunct Applefests. In Japan, NEC accounts for the bulk of the Japanese micro sales, and software for the NEC machines dominates the market.

At the show every booth featured adventure games. There were a few text adventures, but most of them were spectacular super hi-res graphic adventure games. The NEC machines have much better hi-res resolution than any of our regular machines. The colors seemed to jump right out of the screen. The Japanese are even more hooked on
great visuals than we are.

American devotees of Japanese animation films will not be surprised to learn that many of the computer adventure games are based on these hot movies. Several games have evolved from the blockbuster Starblazer series, which has been running in serial form on some US television stations for the past five years. Dagger of Kamui was previewed. This program is to be released this summer, simultaneously with the top-notch animated movie of the same name. Rumors of a Lensman adventure game abound. The animation movie, based on the famous E.E. Doc Smith book, has become the equivalent Japanese hit of our Star Wars.

As much as the Japanese enjoy hi-res graphic adventures (Roberta Williams's Time Zone is still high on the charts after three years!), the pinnacle of their admiration is reserved for the fantasy role-playing games. Both Wizardry and Ultima have huge followings in Japan. The computer magazines cover Lord British (Ultima) like our National
Inquirer would cover a television star. When Robert Woodhead, of Wizardry fame, was recently in Japan he was practically mobbed by autograph seekers. Just introducing himself in a computer store would start a near stampede as people would run outside shout that he was inside!

The top-selling Japanese designed fantasy role-playing game is Black Onyx, designed by Henk Rogers. Two of Japan's premier magazines, ASCII and LOGIN, recently acknowledged Mr. Rogers as having the best selling adventure game of 1984. The latest release from Mr. Roger's company, Bullet Proof Software (B.P.S.), is Demon's Ring. It promises to be a hit sequel to Black Onyx. In our country, Sierra is currently planning for a fall release of an American version of Black Onyx for the Apple and C-64. It is an excellent game with animated combat sequences and visual spells. Another Rogers' game, Asteka , offers breathtaking hi-res graphics of Mexican ruins and beautiful
models.

Arcade games are not as dead in Japan as they are in the United States. The biggest success story over there, however, is an American product, Broderbund's Lode Runner. Doug Carlston, President of Broderbund, has stated that sales of Lode Runner in Japan equaled the 1983 sales in the US, when the game was the number one selling US game of the year. Lode Runner also has the distinction of being the first American game ever turned into a Japanese coin-op arcade game. It went right to the top of the coin-op charts!

Another Japanese phenomenon surfaced at the NEC show: Lode Runner contests. There were hundreds of students competing for the top scores on the computerized version of Lode Runner. Twenty computers were arranged in a numbered horseshoe. Each round consisted of ten minutes. Three uniformed directors, looking just like American gameshow hosts, stood in the center hyping the game and shouting encouragement to the players. Lights above each computer station would signal the winners of each round. At the end, there was to be a playoff between all the winners to determine the top player. The show was being filmed for Japanese television. There is even a large Lode Runner fan club, complete with a monthly magazine, t-shirts and buttons.

The real status of MSX in Japan proved to be one of the big surprises of the trip. All we have heard in the United States for the past year is how Microsoft's MSX had become the Japanese standard operating system and how a unified Japanese market is going to sweep into this country. The truth of the matter is that NEC refused to join the collaboration. According to several sources, NEC hardware and software accounts for 80% of the Japanese marketplace. So, the actual effect of the projected MSX impact can be seen as most likely inconsequential.

For many years the Japanese-US software pipeline has been practically a private Broderbund conduit, but now there are signs that other companies may want to share the trade. The Black Onyx deal with Sierra may be the beginning of several such deals as a revitalized Sierra starts to branch out again. Sir-tech is considering publishing an all Japanese version of Wizardry. The work will probably be done by Japanese programmers in Japan.

The acknowledged top deal maker on the new Orient Express is Ms. Kazue Osugi, who is president of the Oakland based Qualitas Trading Company. In dealing with a country like Japan where who you know is everything, Ms. Osugi can open magical doors to all the levels of computer
software.

Japanese computer stores differ from American computer stores in one important area - they stock software! When you walk into a Japanese computer store you see it crammed from floor to ceiling with software. Not only do they carry hundreds of titles, but they also have a depth of 15 to 20 in each title. The dealers encourage customers to preview the software before purchase. That form of consumer consciousness is long, lamentably, dead in our country. Perhaps that is one reason why the computer industry is still so dynamic in Japan.

Look for many more fine Japanese adventure games to arrive on our shores and challenge the charts. Perhaps Japanese software will be able to succeed where Japanese hardware has failed so often.
Hacer clic para expandir...


The games in the series include: 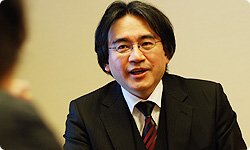